Is your job a pain? If so, you could qualify for workers comp benefits. 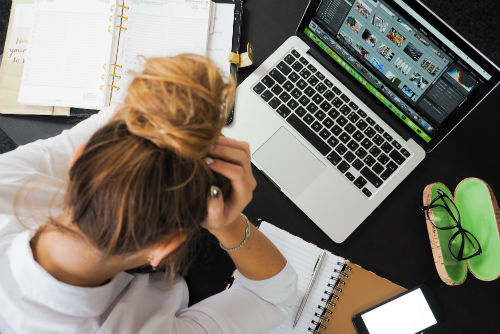 Do you ever experience wrist or elbow pain but have no memory of having injured yourself? You could be one of the thousands of people suffering from a repetitive stress injury (RSI).

Who is at risk of getting a RSI?

Various factors have the potential to cause upper limb disorders, including repetitive work, improper working posture, sustained or excessive force, or carrying out tasks for long periods without suitable rest breaks. Experts stress, RSI can lead to permanent disabilities if untreated, so it’s important to seek medical attention as soon as you notice the signs.

In fact, the chairman of the national charity RSI Action, Steve Fisher, developed such bad RSI in his back during his career as an aerospace engineer, that he was unable to walk and was forced to take medical retirement.

He blames computer use, poor understanding of his condition by employer and doctor, and explains: “Many people are using computers at work, with a lot of mouse work, this creates a relatively heavy load on the small muscles of the lower arm and hand which also causes movement of the nerves in the arm and shoulder, and it can build up problems over time.”

Although repeated computer and mouse use is most often cited as the culprit, the HSE found that construction and manufacturing sectors have the highest incidence of work-related upper limb disorders, followed closely by health workers.

What are the common symptoms of RSI?

Not surprisingly, wrists are the most common trouble spots, with (69%) identifying this as the joint most likely to be affected, followed by fingers (29%), forearms (23%) and thumbs (20%). Elbows and shoulders can also be stiff or painful, and even knees and feet can suffer if your job involves large amounts of kneeling or operating foot pedals.

Some warning signs of RSI include pain or tenderness, stiffness, tingling or numbness, cramping, weakness or throbbing. There may even be swelling.

In the beginning stages, the discomfort is usually only felt when performing the action that is causing the problem. However, if no remedial action is taken, it can eventually become constant and, in some severe cases, irreversible. See your physician. Tell them about the symptoms you’re experiencing and if they recommend a medical leave from work.

You may already be diagnosed with a form of RSI and not even know it.

Repetitive stress injuries also go by several other different names, some of which you may already know you have, such as carpal tunnel syndrome, tendonitis, tennis or golf elbow, or bursitis. These are all examples of RSI.

While there has been a rise in RSI incidence since keyboards became part of everyday life, the condition has actually been recognized for hundreds of years.

We tend to think of RSI as a modern-day condition, but the truth is that it was first reported way back in 1700 when an Italian doctor identified more than 20 examples or RSI among musicians, clerks and other industrial workers of the period.

The high incidence of problems involving the lower arm joints is simply a reflection of the amount of time we spend using keyboards and handheld devices.

What can I do if I think I have RSI?

Modify your workspace- Affected workers should talk to their employer about ways to modify their working space to relieve symptoms and risk. Simple changes such as adjusting your chair height, adding a lumbar support pillow or even a footstool can do wonders for your posture. There are also ergonomic keyboards and cushioned mouse pads available to assist with wrist pain. Most times, your employer can order one of these things for you at no cost to you.

Rest and exercise- Simple exercises incorporated into daily routines can help prevent RSI. For example, if you’re sitting at a computer all day, be sure to take breaks often and stretch your wrist and fingers to loosen any tightness. Starting with your right hand, gently extend the fingers back one at a time, followed by taking them all back at the same time. Repeat this several times throughout the day. Read about additional exercises here.

Can I get Workers Comp for an RSI?

Most of the people that suffer from an RSI without treatment, do so because they feel as though they can’t afford to take time off of work for the injury to heal. However, you may not know that most times, a repetitive stress injury can qualify you to receive workers comp. The truth is, any injury that is directly correlated to your occupation is eligible for workers comp. Even if you have a pre-existing condition that has been aggravated or accelerated due to your occupation, you’re still entitled to workers’ compensation benefits.

Although prevention is better than treatment when dealing with repetitive strain injury, it’s important to address any issues as soon as you notice symptoms, as they’re likely to get worse. Be aware of the risk, and if you see the first signs of aches and pains, whatever you do, don’t ignore them.

If you believe you have a repetitive strain injury, don’t wait. Contact Thomas Marchese for a free case evaluation.