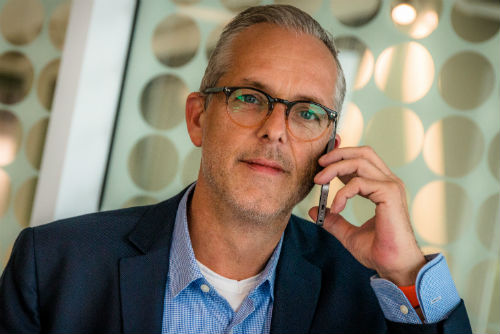 Although research is inconclusive, points toward “yes.” This is especially the case among people who already find their work fulfilling: professionals who are typically office workers, educators and those whose workplace is not, say, a factory or a construction site.

More than their parents, a large percentage of baby boomers continue to work into their late 60’s and beyond. This can mean delaying retirement from a longtime career, or maybe part-time or self-employment. In fact, trends suggest that older Americans who fully retire (completely withdrawing from the paid labor force)  are a  minority.

​Nicole Maestas is an associate professor of health care policy at Harvard Medical School. Her work on the economics of aging has demonstrated significant shifts in labor supply patterns at older ages. She showed that one-half of all retirees pursue a retirement transition path that involves partial retirement or labor force re-entry (“unretirement”) and that re-entry was largely predictable ex ante, and not a consequence of economic shocks. She has also argued that labor supply at older ages is likely to increase still further, even absent policy changes to promote employment at older ages, due to increased labor demand for older workers. Indeed, her work shows that the rise in employment at older ages was driven in substantial part by an increase in labor demand by firms in the professional services industries. In current work, she is examining how these labor force trends, and population aging more generally, affect economic growth.

Researchers who study the link between health and working into our later years explain the relation as follows: Work offers a routine and purpose, a reason for getting up in the morning. Moreover, the workplace is a social environment, a community. Depending on your profession, work typically involves interacting with co-workers, bosses, subordinates, union members, suppliers, vendors and customers. The incentive for workers to invest in their health while employed is strong.

“In the beginning when you retire, it might feel more like a holiday,” said Gabriel Heller-Sahlgren, the director of research at the Center for the Study of Market Reform of Education and a Ph.D. student at the London School of Economics. “But after that, we see more of a ‘use it or lose it’ effect.”

If the interactions and social relations from work — as well as the income — can enhance the health of older populations, the implication is that policy makers should make it easier for those older workers to remain in paid work. “This does not mean politicians should force people to ‘work until they die,’” Mr. Heller-Sahlgren said. “They should remove disincentives to working.”

The survey results, Mr. Heller-Sahlgren said, suggest that negative effects of retirement begin to emerge after the first few years of leaving work. Most interestingly the results do not vary by sex or between people with different educational and occupational backgrounds.

“Relationships rule,” said William Wells Jr. (age 72) who owns a consulting business in Minnesota that specializes in ethnic and racial diversity. Mr. Wells cut back his hours several years ago when his granddaughter was born. The 15 to 20 hours he estimates he now spends working don’t include networking and having working lunches or dinners with potential clients. “I’m still doing 10 hours or so just networking and relationship building,” he said.

Sharon Wills, who is 65, still works for the company with which she spent her career. “I don’t do well at home,” said Ms. Wills, who started working for the staffing company Kelly Services in 1986, eventually specializing in recruitment.

She lives in Texas and retired back in 2011, taking a year off — and not really enjoying it. When the company contacted her to ask if she wanted to work as a “ninja” — someone who helps out branches or locations around the country — she jumped at the opportunity.
“There is a lot to learn about our business,” Ms. Wills said, noting that she has continued to develop new skills. “The way we recruit now is not the way we recruited 25 years ago.”

Although many of the benefits seem rather obvious, scholars can’t make absolute statements about the health effects of working longer. The research is tricky by nature: Just as retirement can impact health, so can health impact retirement. “I would say, in my experience, the research is mixed,” said Dr. Maestas of Harvard Medical School. “The studies I have seen tend to show that there are health benefits to working longer.”

As the economists Axel Börsch-Supan and Morten Schuth of the Munich Center for the Economics of Aging of the Institute for Social Law and Social Policy explained in an article for the National Bureau of Economic Research, “Even disliked colleagues and a bad boss, we argue, are better than social isolation because they provide cognitive challenges that keep the mind active and healthy.”

Other forms of research have looked at the impact of work and employment on social networks. Looking at people between the age of 57 to 85 with a focus on their social networks, researchers have shown that people who keep working experience increase the their networks of family and friends by about 25%. The social networks of retired people, on the other hand, diminish over a five-year period of leaving the workplace. In the study, the gains were primarily limited to women and older people with advanced education.

Not everyone can keep working into their later years – nor does everyone want to. The prospect of working longer in low-wage jobs or in monotonous tasks like an assembly line can be demoralizing. As H. L. Mencken, the journalist and satirist, wrote in 1922: “If he got no reward whatever, the artist would go on working just the same; his actual reward, in fact, is often so little that he almost starves. But suppose a garment worker got nothing for his labor: Would he go on working just the same?”