Paying disabled workers less is legal – except in these 3 states. 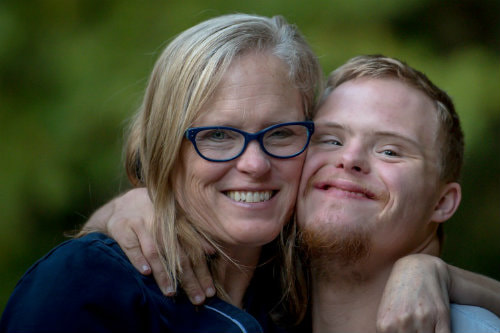 The Alaska Department of Labor last week repealed an old regulation that allowed employers to get an exemption to pay workers with disabilities less than the minimum wage if their disability limits their ability to get a job.

New Hampshire was the first state to repeal in 2015, followed by Maryland in 2016. Paying less than minimum wages to Americans with disabilities has been legal under federal law since 1938.

About 13 percent of Americans have mental or physical disabilities, and they are far less likely to work than the average American. Even so, 36 percent of Americans with disabilities had jobs in 2016 (among those who are working-age and not living in institutions), according to a recent report from the Institute on Disability at the University of New Hampshire.

These legal changes reflect our shifting views on the best way to help people with disabilities live their lives.

Advocates are pushing for services that focus on independence and integration over the isolation of mental institutions or segregated workshops.  According to Robert Dinerstein, a law professor at American University and the director of the school’s Disability Rights Law Clinic, “There’s been a real sea change. There used to be such low expectations of what someone with Down’s syndrome could achieve.”

For most of modern American history, doctors and politicians didn’t really know what to do or how to help those born with severe developmental disabilities since the widespread assumption was that they could not learn, work, or care for themselves.

As they grew to adulthood, individuals with developmental disabilities moved to state-run institutions that theoretically provided training and treatment, but in practice warehoused them.”

Congress allowed business to pay them less than the minimum wage under the Fair Labor Standards Act of 1938. The law basically said a business could pay workers with disabilities as little as a few dollars an hour to do menial tasks in a “workshop” environment with other disabled workers. The idea was that low-paid work was better than not having the option to work at all.

The Americans with Disabilities Act

During the civil rights era, advocates began pushing back against this paternalistic, custodial attitude, which led to a series of laws mandating equal access and equal treatment for Americans with disabilities.

The landmark Americans with Disabilities Act of 1990 made it illegal for the first time for employers to discriminate against workers who with disabilities.

While these changes made huge strides in allowing Americans with disabilities to lead normal lives, they didn’t address the 1938 federal law that allows businesses to pay less than minimum wage in some cases.

States, such as Alaska, even passed their own laws to keep the practice in place.

In 1978, Alaska lawmakers amended the Wage and Hour Act to exempt businesses from paying minimum wage to “an individual whose earning capacity is impaired by physical or mental deficiency, age, or injury.”

As part of the law, employers had to apply for a state waiver showing that the worker’s mental or physical disability impairs their ability to do the job. Then the state labor commissioner decided whether that person would be unable to get a job that paid the minimum wage. It was a lengthy process, and it didn’t seem all that effective in creating new jobs.

Only six employers in Alaska claimed this exemption in 2016 and 2017, according to a spokesperson for the state’s Department of Labor. They include the Fairbanks Resource Agency, the Arc of Anchorage, Assets Inc., and Threshold Services, which all focus on training workers with disabilities to do tasks — such as recycling — in a sheltered setting.

Some of these organizations have embraced the sub-minimum wage ban, though the head of Threshold Services, a recycling nonprofit, told the Anchorage Daily News that she won’t be able to afford to pay all the workers minimum wage.

Jobs in segregated workplaces are exactly the kind that disability rights activists want to abolish — at least for the next generation of workers with disabilities, who now graduate from regular public schools and want to lead normal lives.

The workplace integration movement has pushed for “Employment First” initiatives in recent years, something many conservative and liberal states have adopted (Alaska did in 2014). These initiatives direct public service providers to focus on helping citizens with disabilities get regular jobs and live on their own, as opposed to more institutionalized care — getting a minimum wage job bagging groceries is considered far better than sorting recyclable trash in a sheltered environment with other workers with disabilities.

While the Employment First movement has picked up in recent years, it does pose new challenges in how providers should tailor job-training services for each person, says Dinerstein of American University.

One approach has been to give workers a job coach, who goes to work with them during their first month on the job and helps them learn the ropes.

People with disabilities just want a chance to be independent, taxpaying, productive members of society, says Dinerstein. “If we don’t do this, we are leaving them behind.”