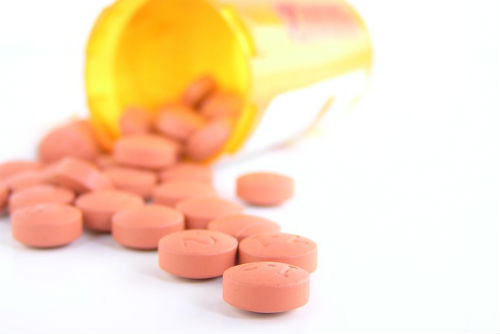 The number of opioid-dependent injured workers in the Ohio Bureau of Workers’ Compensation system fell 19 percent in 2017. This is the sixth year in a row the numbers have fallen under the Bureau’s efforts to reduce opioid use and build a model pharmacy program.

​​On Thursday, Nick Trego, BWC Pharmacy Director told the agency’s board of directors that the number of injured workers who met or exceeded the threshold of being clinically dependent on opioids fell to 3,315 at the end of the fiscal year 2017. This is a 19 percent drop from 2016 and a 59 percent decrease since 2011.

“That means we have 4,714 fewer injured workers at risk for opioid addiction, overdose and death than we had in 2011,” Trego said, speaking before the board’s Medical Services and Safety committee. “These falling numbers are the direct result of our efforts to improve our protocols, more closely monitor our opioid population and encourage best practices from our prescribers. But we also have to give credit to the growing awareness of the opioid epidemic and efforts by the healthcare community, government and others to do something about it.”

Trego also told board members his department’s total drug costs fell to $86 million in 2017, $47 million less than in 2011. That includes $24 million less on opioids.

What is clinically dependent?

Working with addiction experts in 2011, the Bureau defined “clinically dependent” as a person who took at least 60 mg a day of morphine for 60 or more days. They found more than 8,000 injured workers who met or exceeded that threshold at the end of 2011, prompting several initiatives to reduce those numbers and improve the pharmacy operations.

Ensuing changes included the creation of a pharmacy and therapeutics committee, a panel of pharmacists and physicians that create and review the medication policy; the development of BWC’s first-ever formulary, and the 2016 Opioid Rule, which is now nationally recognized.
The rule holds prescribers accountable if they don’t follow best practices.

Trego told the board he expects the opioid numbers to continue to fall in the years ahead as prescription protocols evolve and alternative pain therapies emerge.

“Weaning a dependent person off opioids, or at least to safer levels, is a long, deliberate process requiring cooperation from the injured worker, health care providers, and the workers support network. We’re just one part of that equation, but we’re committed to it.” Trego said.