Open workers comp claim? What you post on social media could cost you. 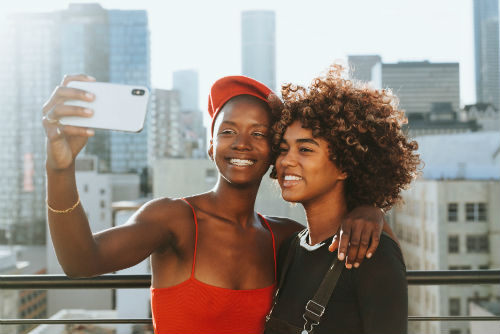 Social media connects more and more people every single day. The growth of social networks like Instagram, Facebook, Twitter, and SnapChat is creating an environment where people are comfortable sharing every aspect of their day to day lives.

In this modern era, social media in the workplace is common, as employees often check their accounts frequently throughout the day. However, it’s important to exercise restraint regarding what you post, especially if you have an open workers’ compensation claim.

How what you post can affect your workers comp claim.

To better understand the effect it can have, we first need to understand what workers’ compensation is. Workers comp is essentially an insurance that a company carries which pays an employee’s wages if they get injured on the job. When an employee is injured, they can make a claim against that insurance. The payment is intended to help the employee offset any lost wages while they’re unable to work.

Each state has its own set of regulations that govern how the process works, however, there are a few mistakes to avoid after getting injured on the job regardless of where you live. Having an open workers’ compensation claim doesn’t prohibit you from posting on social media, but you should be cautious about what you post.

It’s important to keep in mind that the insurance company paying your claim, as well as its lawyers, are always on the lookout for workers’ compensation fraud, where an employee lies about how an injury occurred or the severity of the injury to collect a check without working.

As long as your claim is legitimate, you probably don’t have anything to worry about. However, those who submit claims and then engage in physical activities that demonstrate that their claim is questionable are the ones at risk.

It may sound silly but you’d be surprised how frequently it happens. An open workers’ comp claim doesn’t mean you can’t play sports, just think about what message you are sending if you’re posting about it.

Even when your claim is completely valid, it’s still wise to watch what you’re posting on social media. Misunderstandings can occur very easily and it would be a major inconvenience to need to look for personal injury lawyers simply because you made an ill-advised social media post.

Sometimes, it’s just better to NOT post on social media at all.

There are several things to avoid posting once you’ve submitted a claim. One type of post that can cause the most significant issues is anything related to physical activity.

For example, if you’re receiving workers’ compensation and are under doctor’s orders to minimize physical exertion, you definitely don’t want to post any pictures, videos or comments about hitting the gym or playing sports. The insurance company could see that and deny your claim or even charge you with fraud, claiming that you clearly exaggerated your injuries or that you weren’t making an effort to get better.

Posting photos or videos of yourself going on vacation is also a bad idea.

When you suffer an injury, it’s normal to want to post about your recovery on social media to keep your friends and family in the loop. While this is fine, keep in mind that you don’t want to give the workers’ compensation authorities one story, and then provide a different story through your social media accounts. If there’s contradicting information, then you won’t be seen as trustworthy anymore.

Be smart, not paranoid.

You don’t need to be paranoid, but you should always think before you post and consider how your posts could be interpreted by your employer or the insurance company that’s paying your claim.

Social media posts cause misunderstandings all the time, but in situations like this, a misunderstanding could be extremely costly for you and could even harm your reputation. Being cautious about what you post while you have an active claim is well worth it.

Being aware of your audience is always important when posting on your social networks. By submitting a workers’ compensation claim, you add the insurance companies and their attorneys to your audience.

Even if you protect your posts with permissions, it’s still possible for your network to share your status updates, photos, and videos. Even another employee could screen capture your photo and send it to your boss.

To avoid any misinterpretations, just be cautious about what you post on social media during your claim period.