I was hurt at work and tested positive for pot, What now? 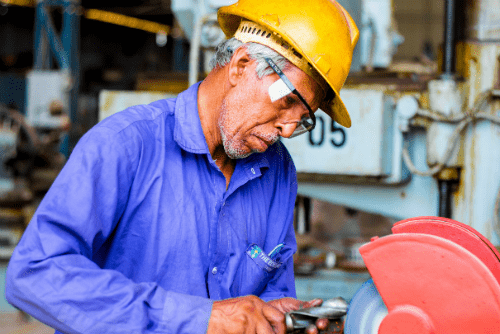 Medical marijuana is a hot topic throughout the nation right now. While there has been great strides in the legalization of marijuana for the treatment of medical diagnosis, there has also been much debate about its use during activities such as driving, working and testing in professional sports. Naturally one of the debates involves workers compensation.

Is testing positive for pot enough to disqualify an injured employee from receiving workers’ comp benefits?

James Hahn, 32, worked at the County Juvenile Detention Center when he suffered an injury to his right shoulder and neck while subduing an unruly, combative teen. After realizing the injury was worse than he initially thought, he reported it to his employer in a timely manner, four days later to be exact.

He was then given a post-accident drug screen on the same day he reported the injury. He also had a second screening the following day. Both drug tests were positive for marijuana. Hahn never disputed the test results. He had a prescription given to him by his doctor to treat his anxiety and insomnia. He assumed this wouldn’t be an issue when it came time to collect benefits.

The BWC found there was no evidence presented to show Hahn was high on the day he was injured, nor was there any evidence to show the marijuana in his system was the “major cause” of his injury. But the BWC denied his workers’ comp benefits anyway.

In 2016, the Ohio General Assembly set up the framework to legalize medical marijuana in Ohio, effective Sept. 8, 2018. It was approved for certain medical conditions, including chronic pain, PTSD, and traumatic brain injuries. At this time, the only legal forms of medical marijuana will be edibles, oils, patches, plant material and tinctures and vaporization.

The impact of the new law on the Bureau of Workers’ Compensation (BWC) and its programs is limited although it expressly states that an employee whose injury was the result of being intoxicated or under the influence of marijuana is not eligible for workers’ compensation.

While the law does not specifically address reimbursement for medical marijuana recommended for injured workers, Ohio law already has rules and statutes in place that limit what medications are reimbursable by BWC to those that are approved by the United States Food and Drug Administration. Marijuana has not been approved by the FDA and remains a Schedule I illegal drug under federal law, therefore does not qualify for a reimbursement.