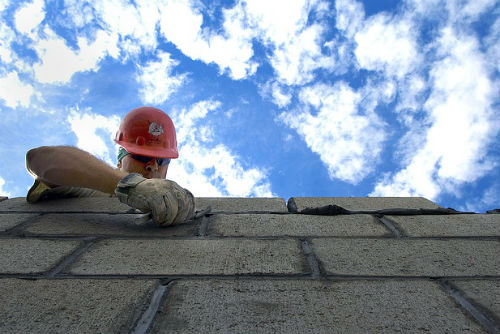 Republican lawmakers have crafted a clear message for the illegal immigrant workers in Ohio:

We are not going to allow you to drain our state’s workers comp benefits.

House Representative Bill Seitz (R-Green Township) stated: “Every dollar that is spent on immigrants here illegally is a dollar that could be paid to a legal immigrant or citizen who is hurt at work.” Together with Rep. Larry Housholder (R-Glenford), they introduced Bill 380 (passed by the House) that would prevent illegal workers from collecting state workers compensation benefits if injured on the job. How much Ohio currently awards illegal immigrants is unclear because officials don’t ask about employee’s legal status.

In an interview with The Enquirer, Seitz said that immigrants working in Ohio illegally are not permitted to receive unemployment compensation, food stamps or Medicaid, except in emergency situations. Workers’ compensation shouldn’t be any different.

The proposal also permits the injured worker to sue his employer if he can prove that the employer knew the worker was here illegally.

According to Seitz, this adds some protection against unscrupulous employers who already face stiff federal fines for employing illegals. Representative Dan Ramos (D-Lorain) says that it is nearly impossible to prove that an employer knew workers were here illegally and it could be difficult to sue the employer from a foreign country if the worker is deported.  “Workers compensation is a protection for the workers of Ohio,” Ramos said. “Like it or not, some Ohio industries rely on workers here illegally.

We shouldn’t have two sets of rules for workplace safety”. According to Pew Research Center, an estimated 8 million immigrants were working in the United States illegally in 2014. “These workers comprised about 26% of farming jobs and 16% of construction jobs. Those industries are where most work injuries are more likely”, Seitz said.

Some states allow immigrants working in the United States illegally to claim workers’ compensation while others do not. The National Conference of State Legislatures did not have a comprehensive list.